My Pirate ships have been pirated.

I was kit bashing some toy pirate ships for gaming use awhile back. I took a break and was letting the glue set on some parts when I came back my ships were gone. Then over in the gaming area I find my little 12 year old pirates had nicked my ships and taken on a new crew. 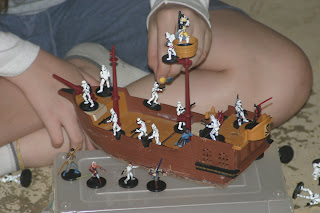 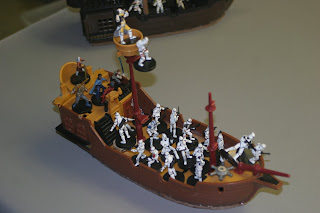 The good guys lead by Ahsano and Lando against... 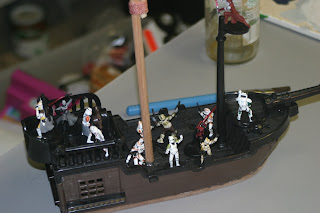 Ventress and Mara Jade. They had a lot of fun. I'm not sure who won as usually when they play together it's more of a story than a wargame. But they do like to gang up on Daddy.

This is the start of my undead Warband for playing Song of Blades and Heroes. I picked up an Undead Giant at Fall In 08 from Iron Wind Metals. He was in their "junk" bin I guess you would call it. Only saw one and he's been on my painting table for over a year. I finally got around to finishing him off. 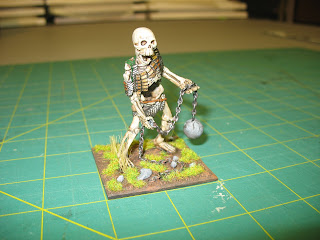 He is supposed to have a sword in his lower hand but when I bought it I didn't know that. He just had empty hands. I was going to paint him as is, but my wife suggested giving him a weapon of some sort. So I came up with a stone ball on a chain. 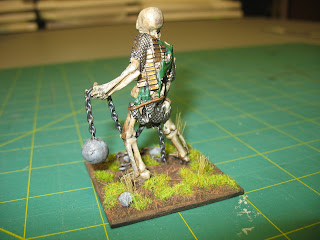 The ball is Green Stuff. And the chain was I think from a hobby store, ship building supplies. Also this is the first time I tried using static grass. I had know idea how to use it but I found this site: Easy Static Grass. It worked very well. 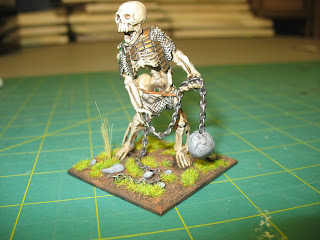 Not Golden Demon standard, but I think he came out well, and look forward to giving him some mates to play with. My daughters have been painting their own warbands, I will have to get pics up of the Ice Witch Warband and the Pumpkin Witch Warband.

One book to Bind them

I am planning to play some more Song of Blades and Heroes with my kids soon, so I thought I'd get a couple of supplements. I bought the PDF's of Song of Gold & Darkness and Song of Wind & Water. Since I needed to print out copies I had the idea to make one big rule book.

Staples has a Printing Service (Link: HERE) that is very reasonably priced. You can email them your documents and pick up the printed rule book in a day or so. I didn't know if they could combine the different PDF's but it turns out they can.

So I had SBH/SGD/SWW printed in that order in one book along with a color cover for $13. I think that is a good deal. I got the the coil binding which I think works best for wargames rules.

I should have bought Song of Arthur and Merlin as well, but I forgot. But the 3 I have are more than enough for my kids and I. Here are some pics of the printed book. 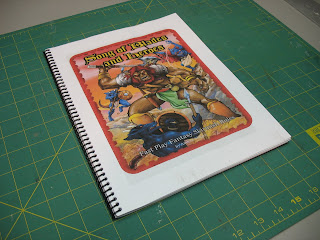 Song of Gold and Darkness 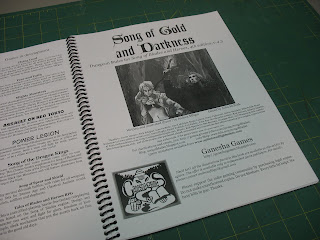 Song of Wind and Water 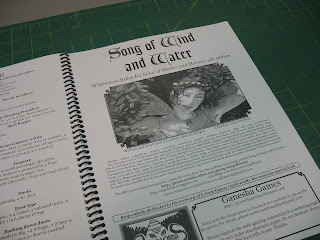