It's late(almost 2am) and everyone is asleep, but me. I thought I'd share some of Day 0, (convention starts tomorrow, Thursday).

First Impression:
The Radisson is ok. Some would say a step up from the host, but not a big step, but up, none the less. Waiting for the elevators is annoying, 1 of the 3 seems out of order.

Parking I think will be an issue as the lot doesn't seem big. Maybe there is a side lot I haven't seen yet.

The pool, while nice, is not as good as the Host. It is sort of in the middle of a parking lot. It has a fence around it, but not as integral to the hotel as the host is.

The other hotel is the Scanticon(odd name) and I haven't seen a room but was told they were decent.

In both hotels/convention center. the A/C is struggling to compete with the heat. If you were looking for better A/C than the host, I haven't seen it. But I free admit it is hot as hell outside and any A/C would be hard pressed to keep up. In my room I have it cranked and its nice, but I will not be spending much time here.

Food, expensive hotel food only so far. I assume there will be food vendors about, but not sure. Went to Chili's, not cheap either.

The convention center is under the Scanticon, 1st floor down is a cavernous open area where there will be tournament and regular gaming. It's a really big room.

Registration was a pain in the ass. I did not pre-register but am scheduled to run a game. At 7pm they had Pre-Reg/ GameMasters/ Walkup Registration windows open. Kudos to them for that. Lots of people on these lines very crowded for a "night before". That's when the party ends.

I asked 2 different "staff" before I got on line at the GameMasters Desk, could I get a flea market table, and badges for my kids at the GM desk. Both said yes. Waited in line, and when I got to the counter, of course they couldn't do that. I would have to go back on line to the Walk up window. Very annoying, I could have been on that line already. If your standing there to direct people, know what you are talking about or don't guess.

So I get on that line and it took about an hour to process the 12 people in front of me. Unacceptable. I don't fault the workers, it was their system. Why do they have computers if it slows the process down. It was maddening. Their registration system has to go. It is un-usable in it's current state if it takes 10-15 minutes to process one person.

All in all, it was a very unpleasant experience. I really can't say enough bad things about the whole process. They need to fix this.

Ok, enough about that, how about some pictures. Click on pictures for bigger views. 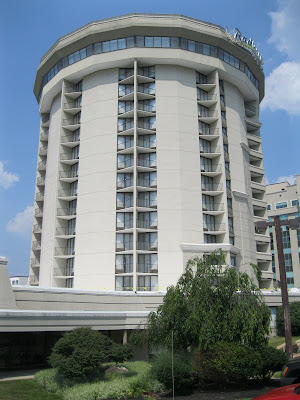 The Scanticon and convention center. 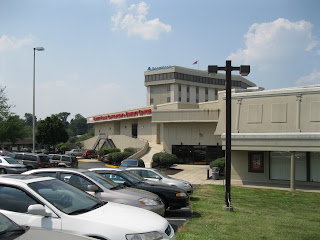 Right side of main hall, I think Flames of War tables. 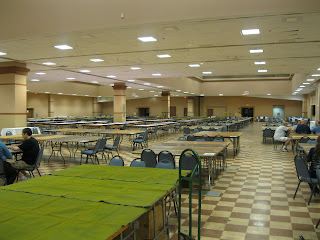 Back Right of main hall. Ancients I think. 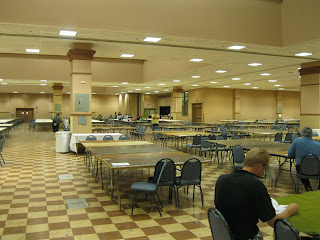 Back left of hall. There seems to be regulare event tables to the front of the hall and front right side. 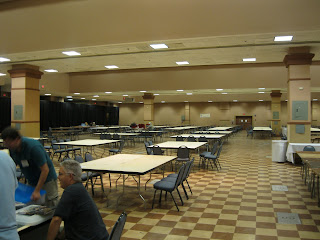 View towards the front. Registration is on the otherside of that white wall/flag. Below the flag is stairs going down the the Vendor level. 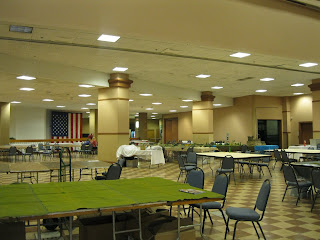 Board game Warlords of Europe, our pre-convention entertainment. Great game, bad choice for a wed night. Takes way too long to play. Was fun though. 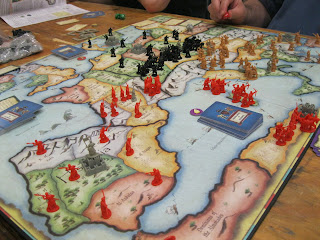 I hope this shed some light on Historicon for those of you who could not make it. I am optimistic about this been a good convention.

There was a request on TMP for a pic of the Hunter Killer with other figures for scale. Here ya go. Click on pics for larger images. 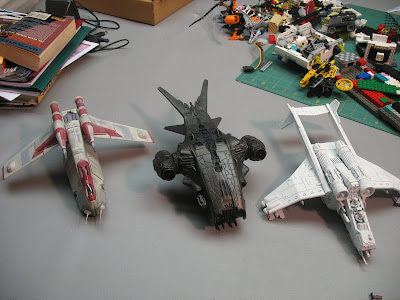 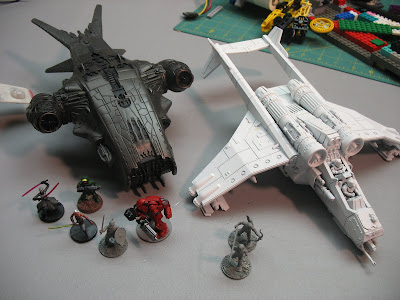 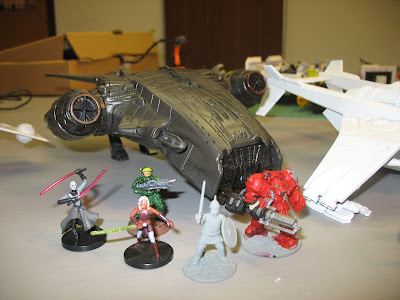