Well technically not the very first, I did do the Mines of Moria intro fight.

So I have a force of Minas Tirith that is the process of being painted and I bought some painted Haradrim at a flea market. We had enough to put on the table so we set up a battle. 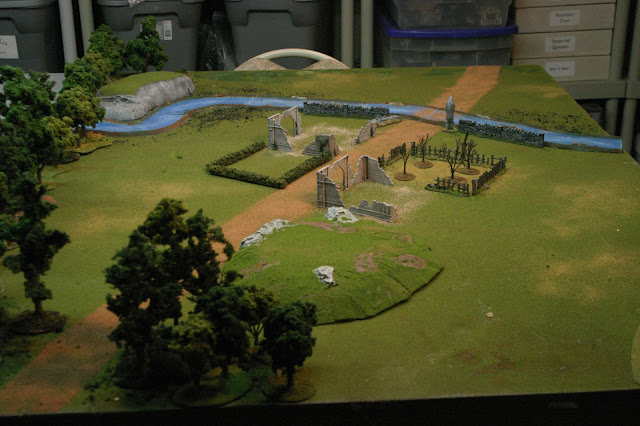 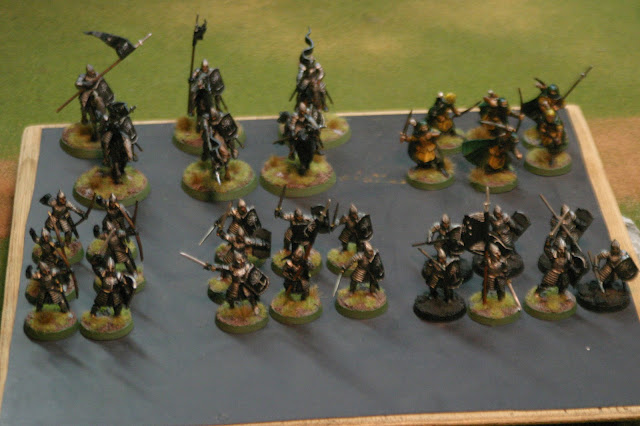 Haradrim: Commanded by my friend, Thor 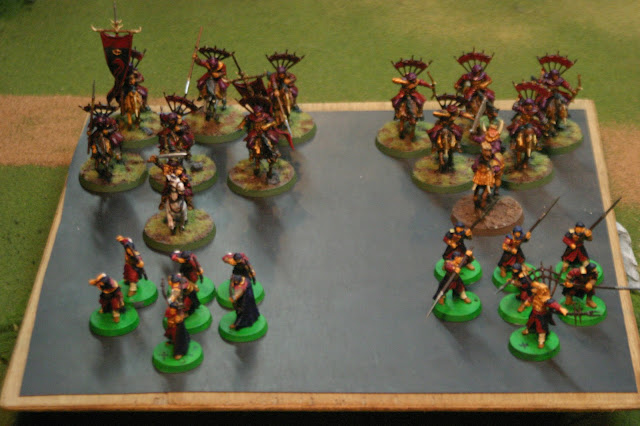 Suladan(Thor) set up south of the river. 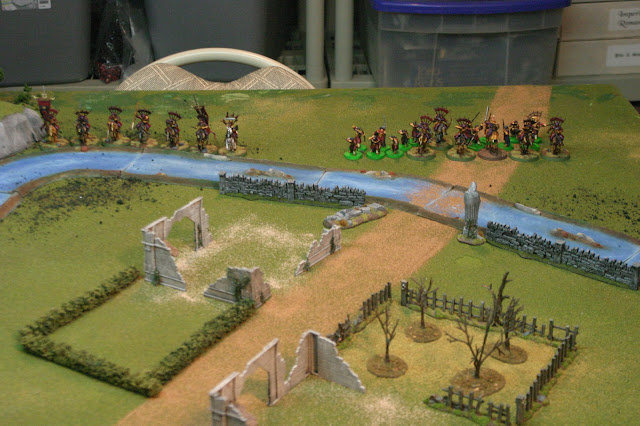 I was marching in from the north edge of the board. 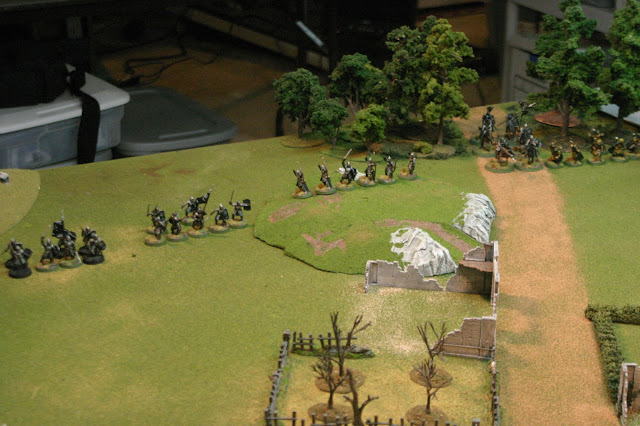 Haradrim cross uncontested at the ford. 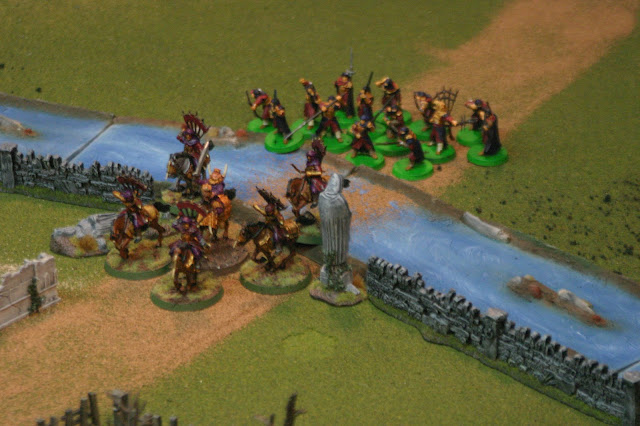 After a few turns of movement and very little bow fire, the lines close on one another. Haradrim split it's forces in a 2 pronged attack, while Gondor is trying to form a solid line as it moves closer("None shall Pass") 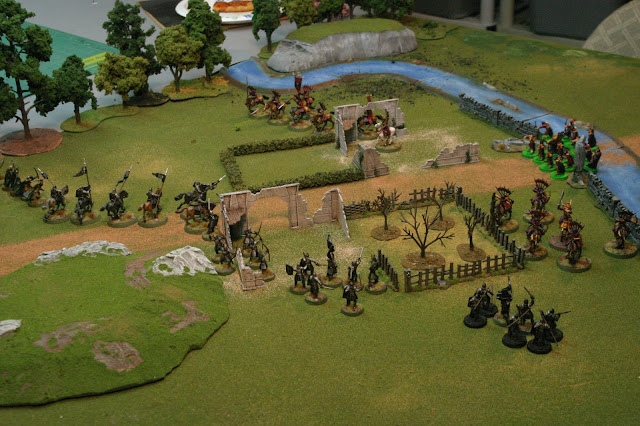 Suladan's Bow armed Raiders got too close and my spearmen charged! "For Gondor!!!" This fight on my right flank becomes a blackhole. After a few turns he feeds in his bowmen and I feed in some Swordsmen. 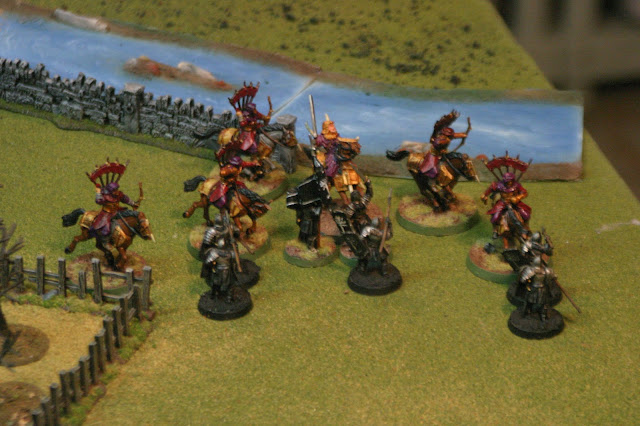 My Knights on the left charge the Spear Armed Raiders supported by Ranger bow fire. I killed , I think, 2 Raiders. But not by bow fire. In fact I don't think anything was killed by bow fire. See Suladan hiding behind the shrubbery? 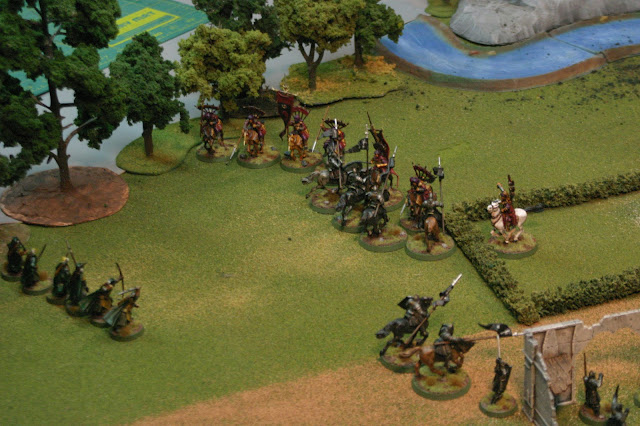 2 Knights, bowmen and some Swordsmen push up the center. The Warriors of Haradrim bar the way. The little orchard there with my swordsmen proved to be a bit of a trap. I didn't know how in the rules to deal with it since he was right up against it. Defended obstacle? So I just edged closer without making a big push. 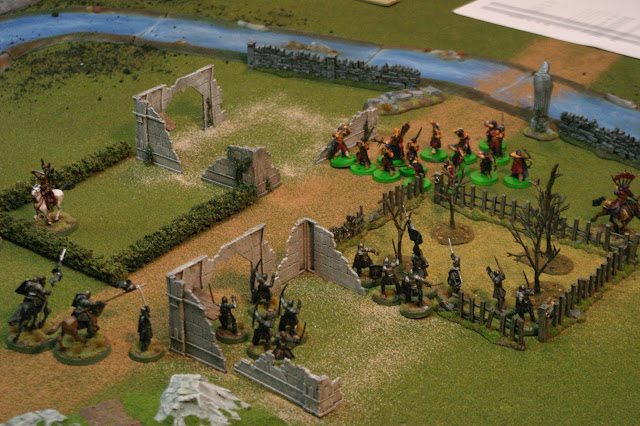 Back on my right the meat grinder was still going on. I'm missing about half my spear, but he's missing half is raiders. I think I'm getting the better of it. 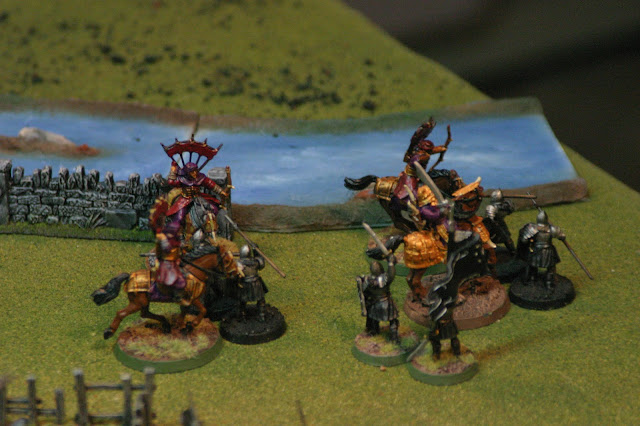 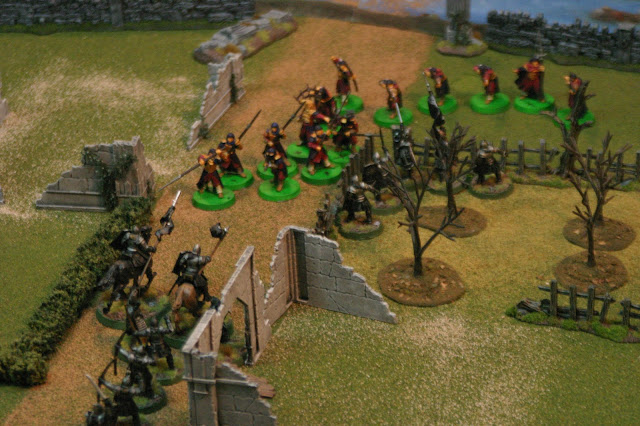 Missing one knight, but 3 Raiders are dead. Suladan joins the fray and kills one of my knights. 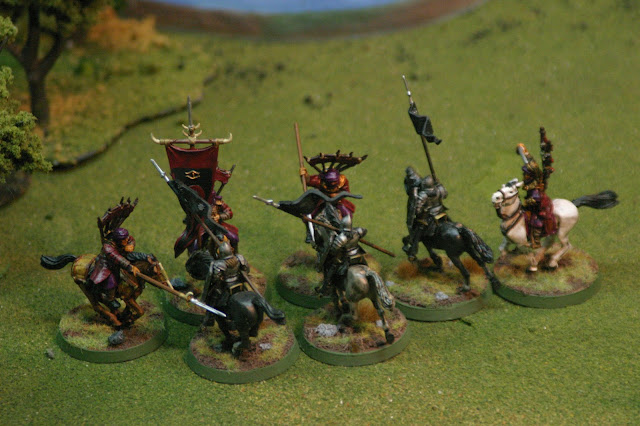 This draws the wrath of Faramir and he charges Suladan. I think Suls had to burn a fate point. 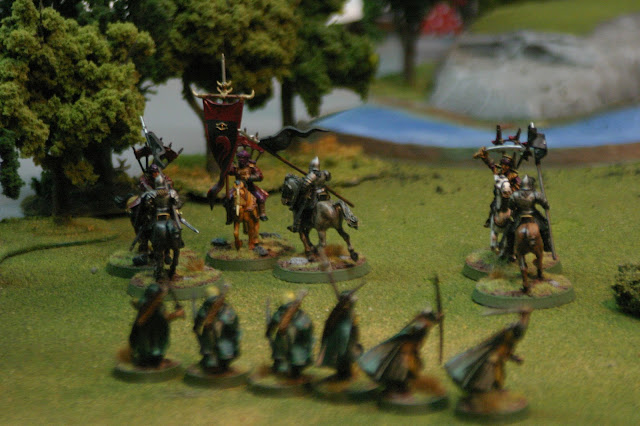 In the center I charged with 2 Knights into the road block of Haradrim spear! One lone swordsman that jumped the fence to help. I lost one knight and he lost one spear. Not a good trade. 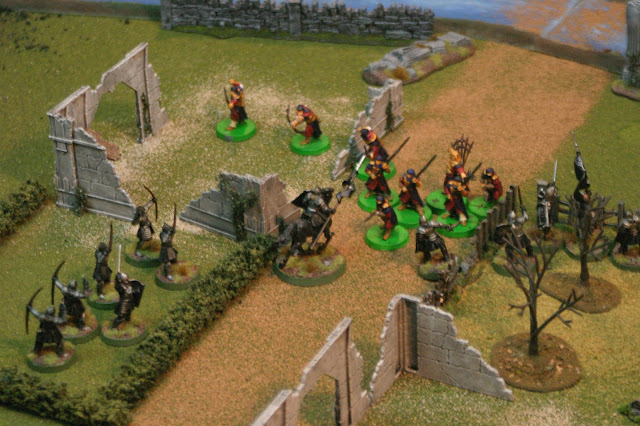 One the right, I only have 1 Swordsman, 1 spear and the Captain left. But the Raiders are almost all gone. He had to bring over his bow guys to help out. Again, this right flank was a meatgrinder. But in the end, I think I got the better of it. 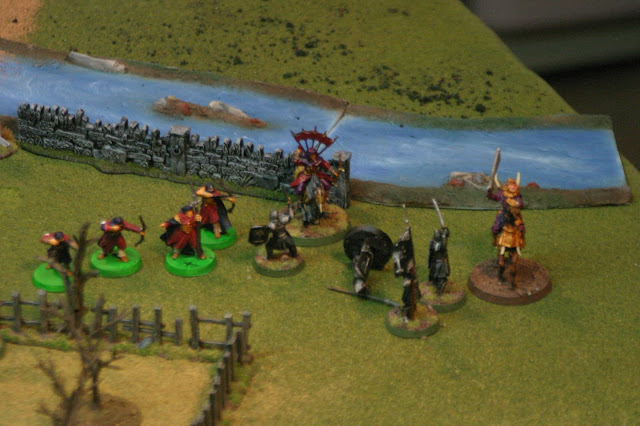 Last shot of the battle. He was strong in the center but both flanks were pretty much crushed. It was getting late and he didn't feel he had the strength to push into Gondor, so he fled back across the river. 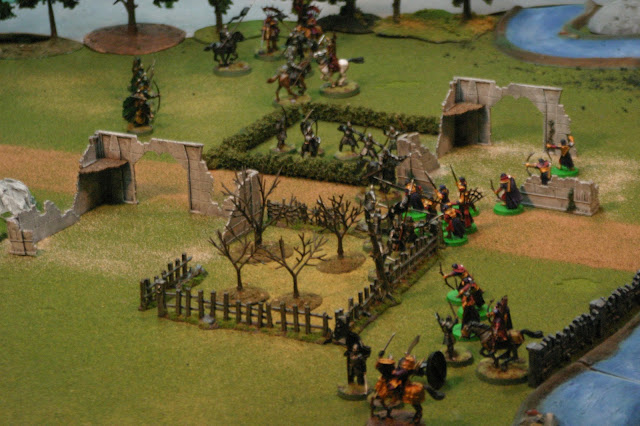 I'm sure we did a bunch of stuff wrong, but it was fun. I need to get those flea market Warriors of Haradrim properly based. So much to do, so little time. Hope you enjoyed. You can click on pics for bigger views. Feel free to comment.