Guards of the Fountain Court

I've added some new troops to my Gondor line up. GotFC or Guards of the Fountain Court. These are some walking tanks that add some punch to my battle line. I didn't paint these, I got them off ebay in 2 different groups. But I did touch them up to give them a cohesive look and painted the bases to match the rest of my troops. I have more unpainted that I will do at a later date.

The Nine are abroad

Then he looked about him, as if the hedges might have ears. "Nazgul," Radagast whispered. "The Nine are abroad again, Gandalf. They have crossed the River secretly and are moving westward. They have taken the guise of riders in black."

In years past, before the evil that is Finecast walked the land, Games Workshop forged many fine figures in metal. But alas, that is no longer so. Finecast has risen up and cast a spell over Games Workshop. If one wishes to purchase these ancient artifacts, one must search far and wide.

I spent almost over a year searching for all Nine poses of the Ringwraiths. I picked up 5 to start, these were from the Attack at Weathertop set. These poses are the most common. The other 4 are harder to find. I've had them for a month or so, and just finished the last 4. So here you go.

The great thing about Ringwraiths is the paint up ridiculously easy. Paint black, metal bits and dry brush grey. Looking back at the pictures, they look better in real life. The grey highlights on the black robes doesn't show up well in the photographs.

Now I have to get mounted versions. There are only 3 poses for the mounted wraiths. I also need to get some of the named wraiths. I really like those figures as well.

It's been awhile since I posted. I've recently painted a random assortment of stuff that's been lying around for a long time.

First up is some LOTR figures 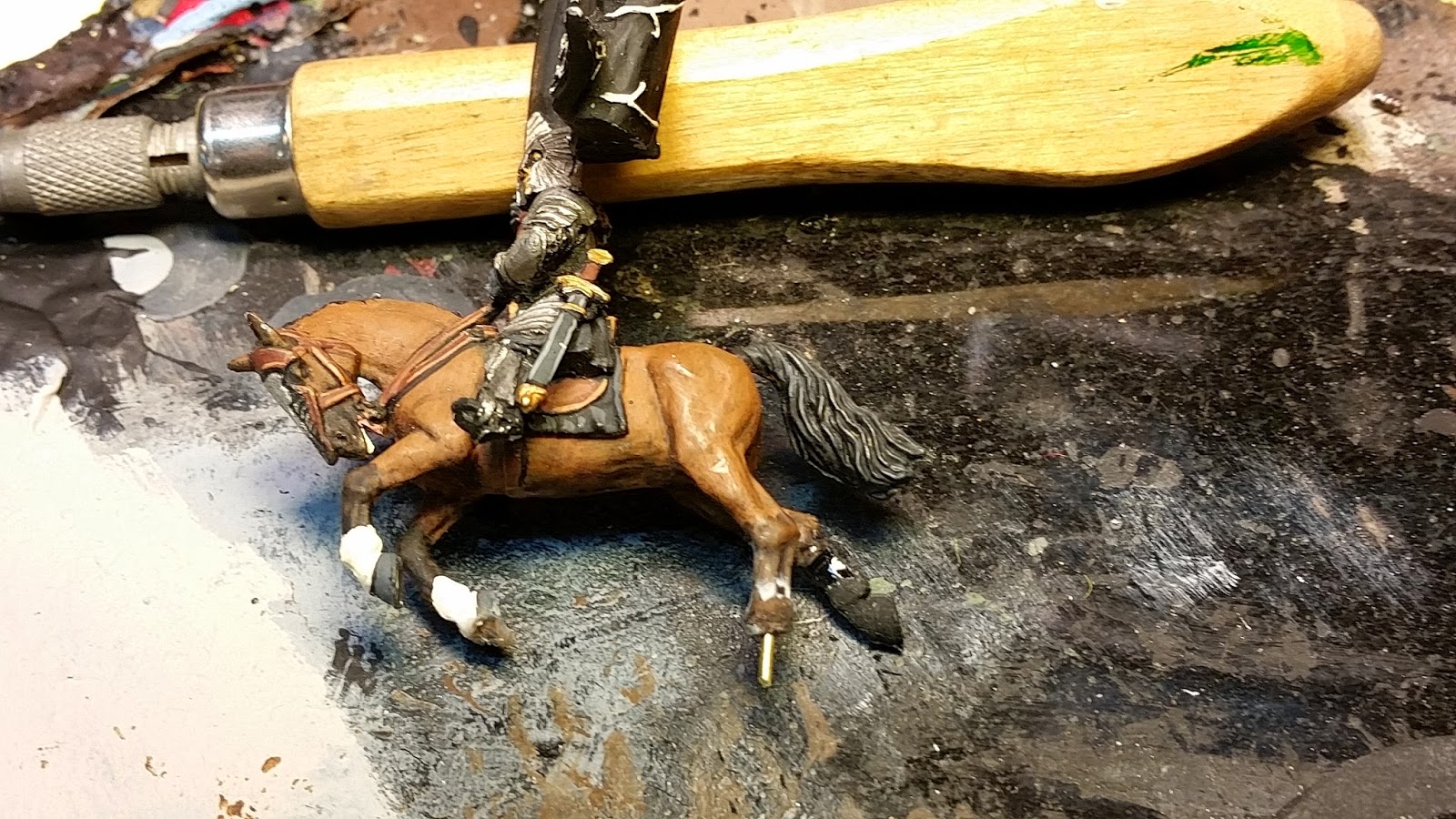 I bought a random assortment of LOTR figures. Most with missing or broken parts, so I got it very cheap. This is a metal standard bearer. Cost was maybe $1. It had 2 broken legs. I pinned the bottom to the base, and I had an extra Rohan Horse that donated the other leg which also got pinned. 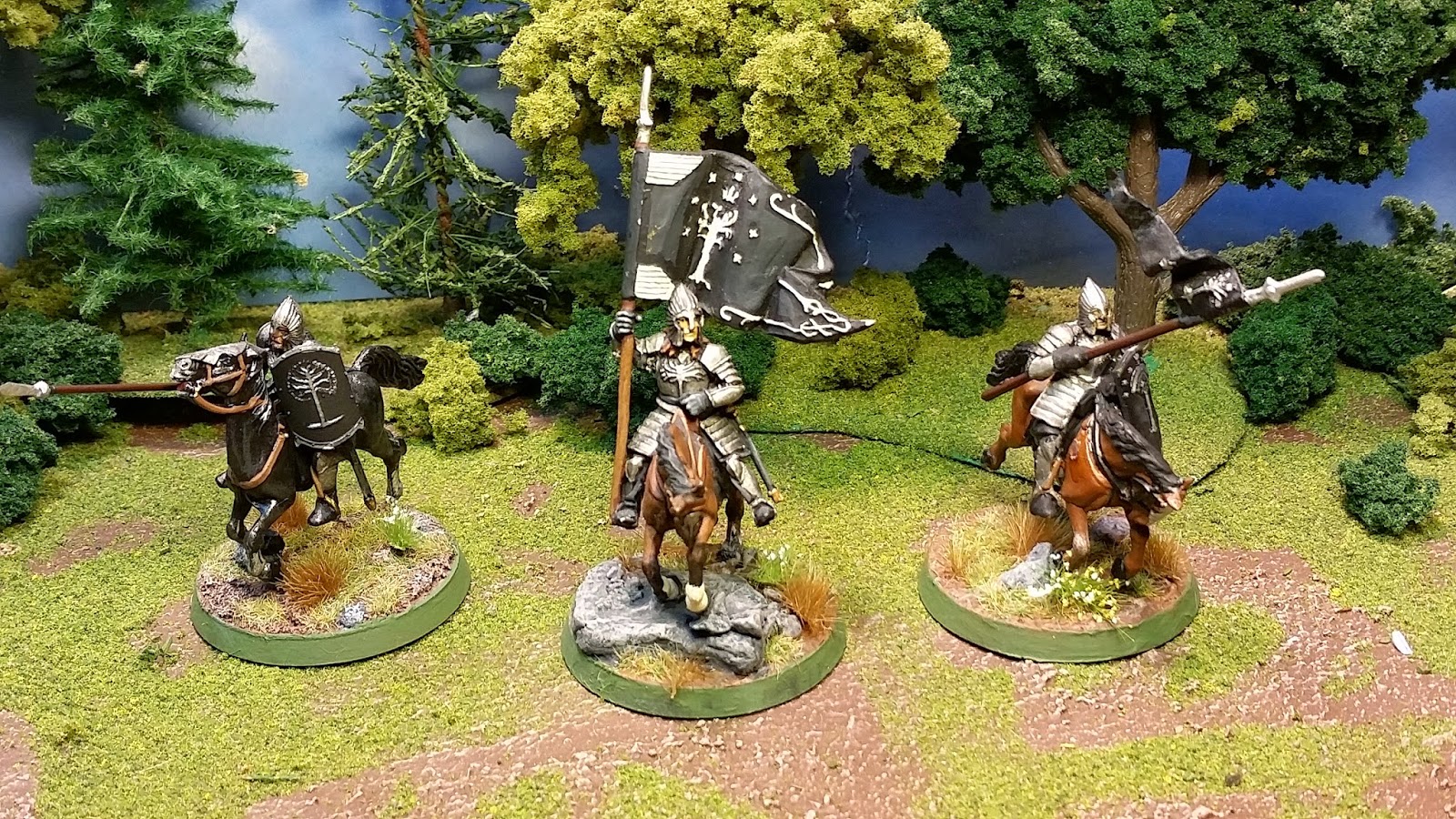 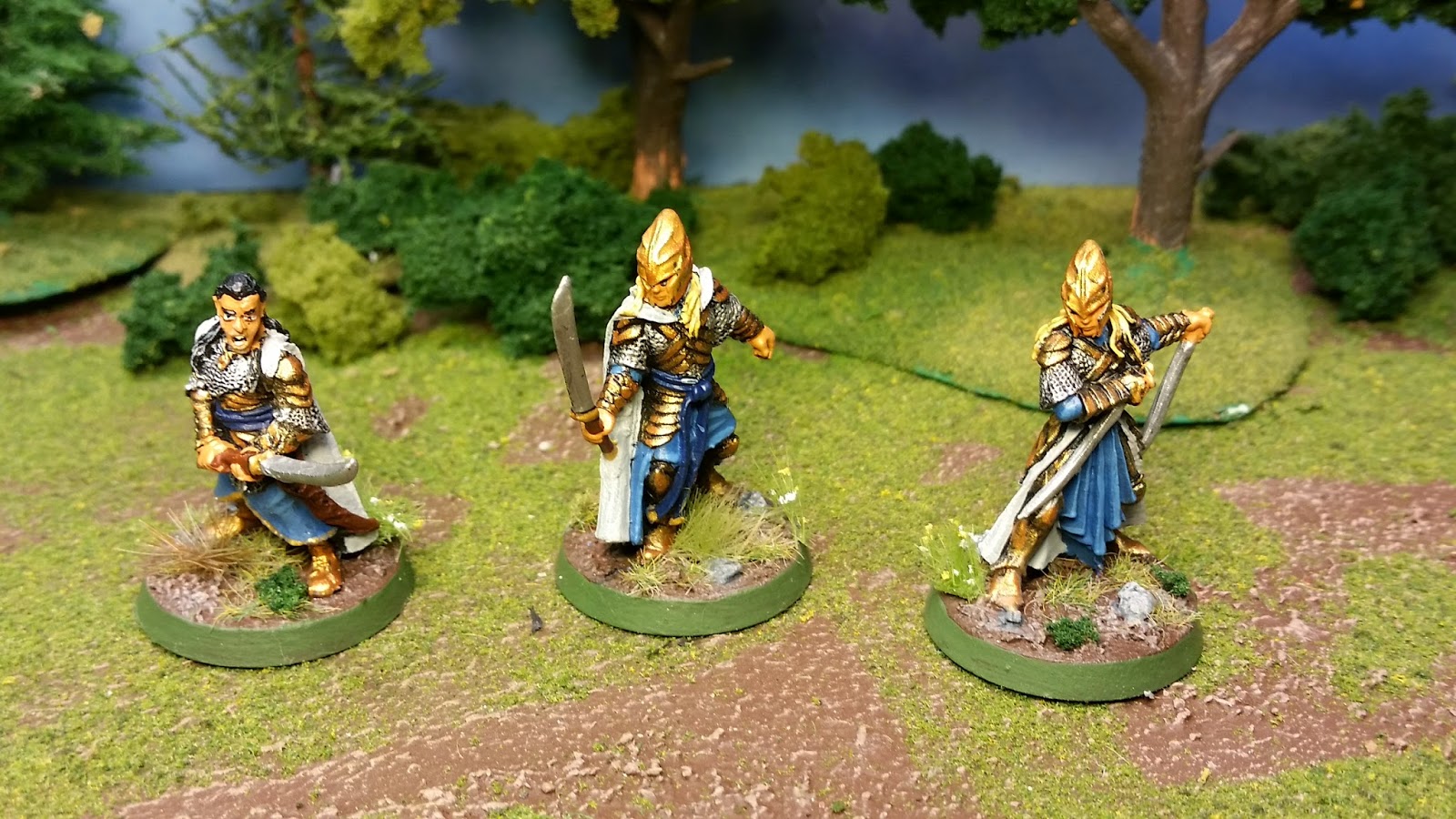 Here are Elrond, Glorfindel and Erestor. Glorfindel's sword blade snapped off during shipping from ebay. I cut off his hand, then took a sword, hand and wrist from one the plastic Elves in the Last Alliance set. 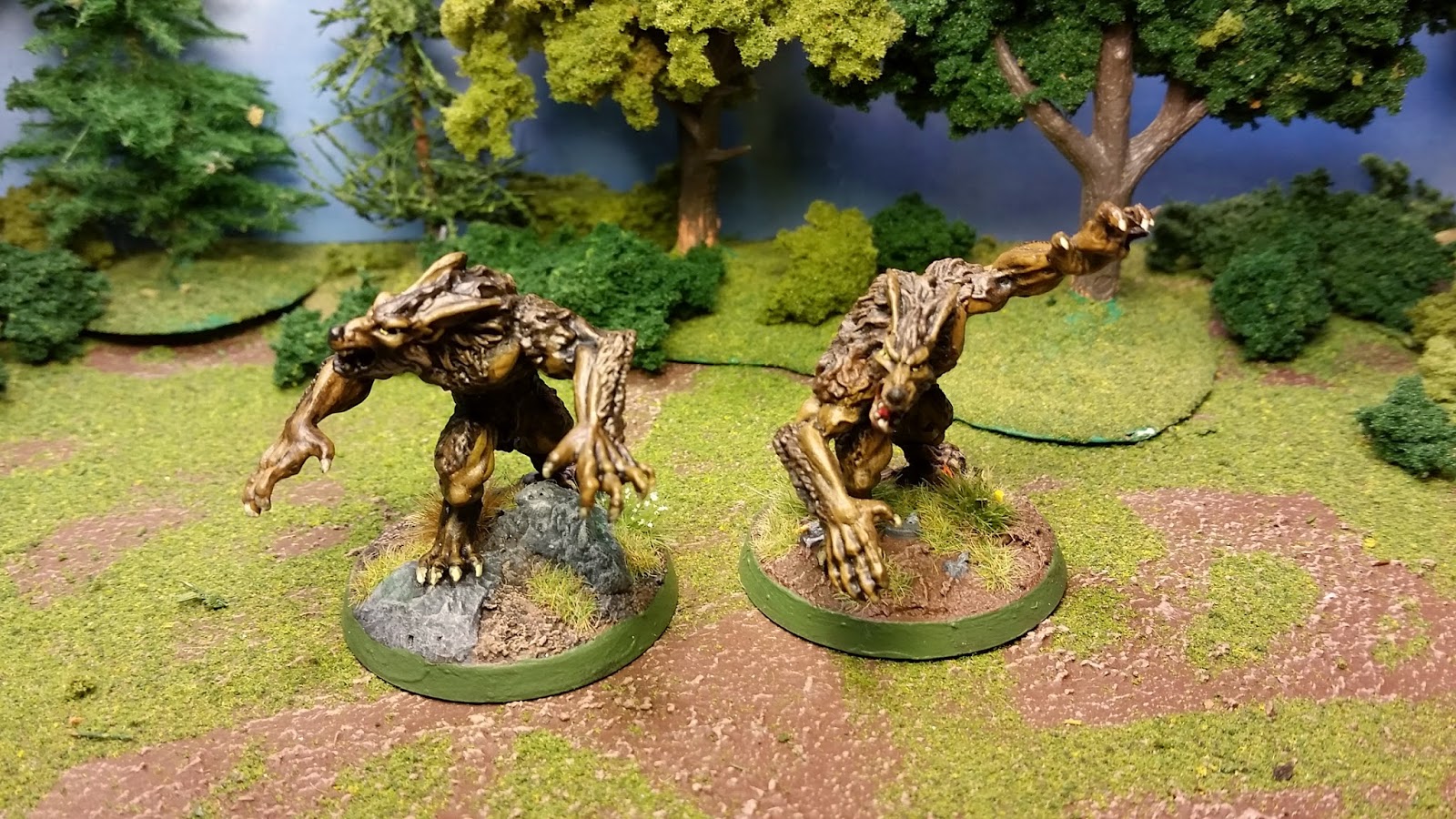 Here are 2 Reaper Bones Werewolves. I painted one a while ago just to see how the Bones line was. It was not bad. I didn't like painting on the white Bones so I primed it black. The 2nd one I did some minor repositioning of the left arm and torso. I cut and pinned them into a new position. Covered up the seems with some green stuff. I should have turned the head as well. 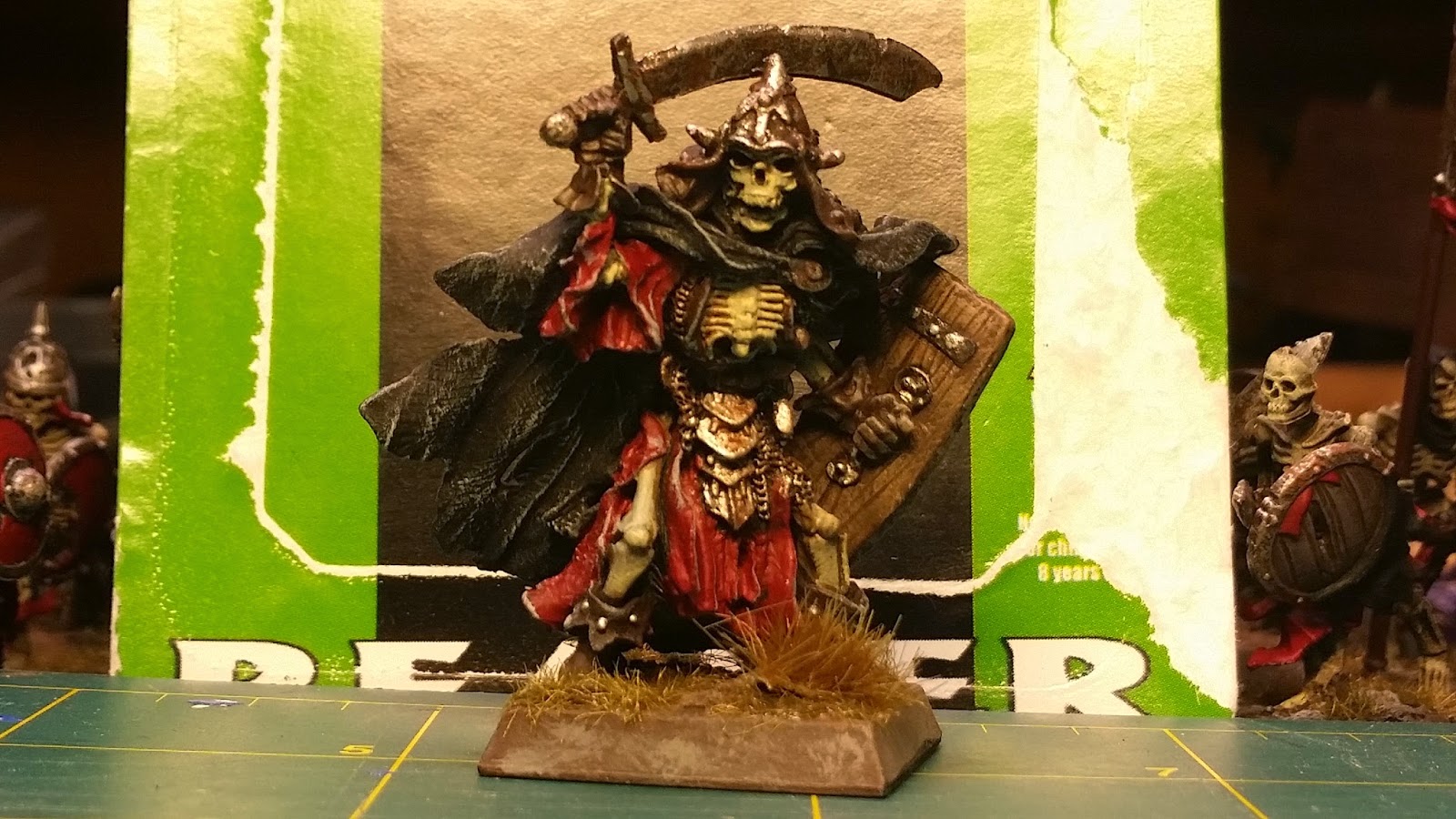 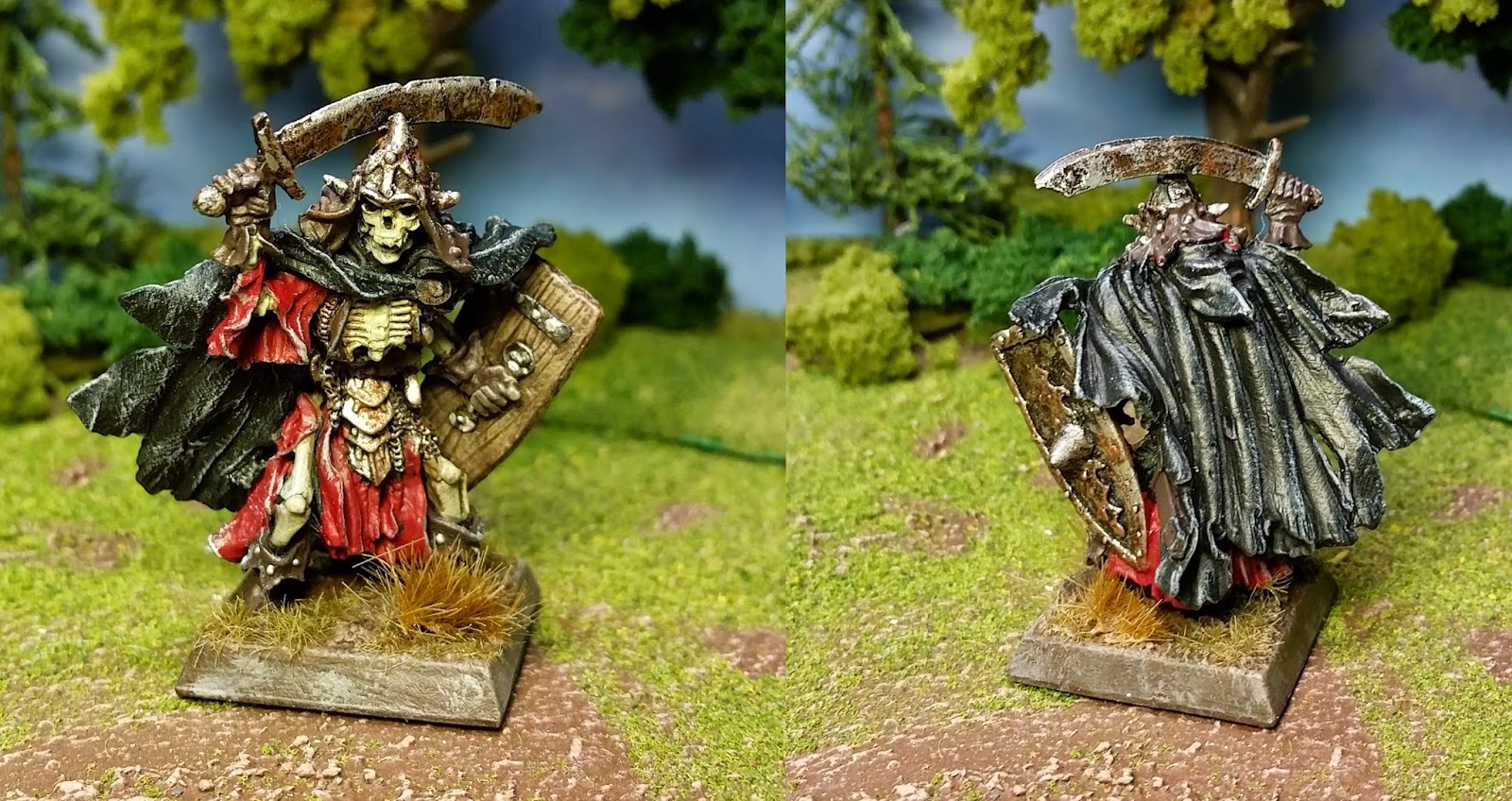 Here is the Reaper Figure Golgoth. This is a big guy. Lots of metal. I went with a simple paint scheme to match my GW skeletons that I will post below. Normally on GW bases I paint the edge green to match my table. In this case and the skeletons I wanted to be able to use in a dungeon as well, so I went with a brown and grey dry brush. Also I used a brown green static grass. It's not great in either setting, but I think it won't stand out in either setting, and that's what I'm going for. I'm like the bases to blend in with the table. 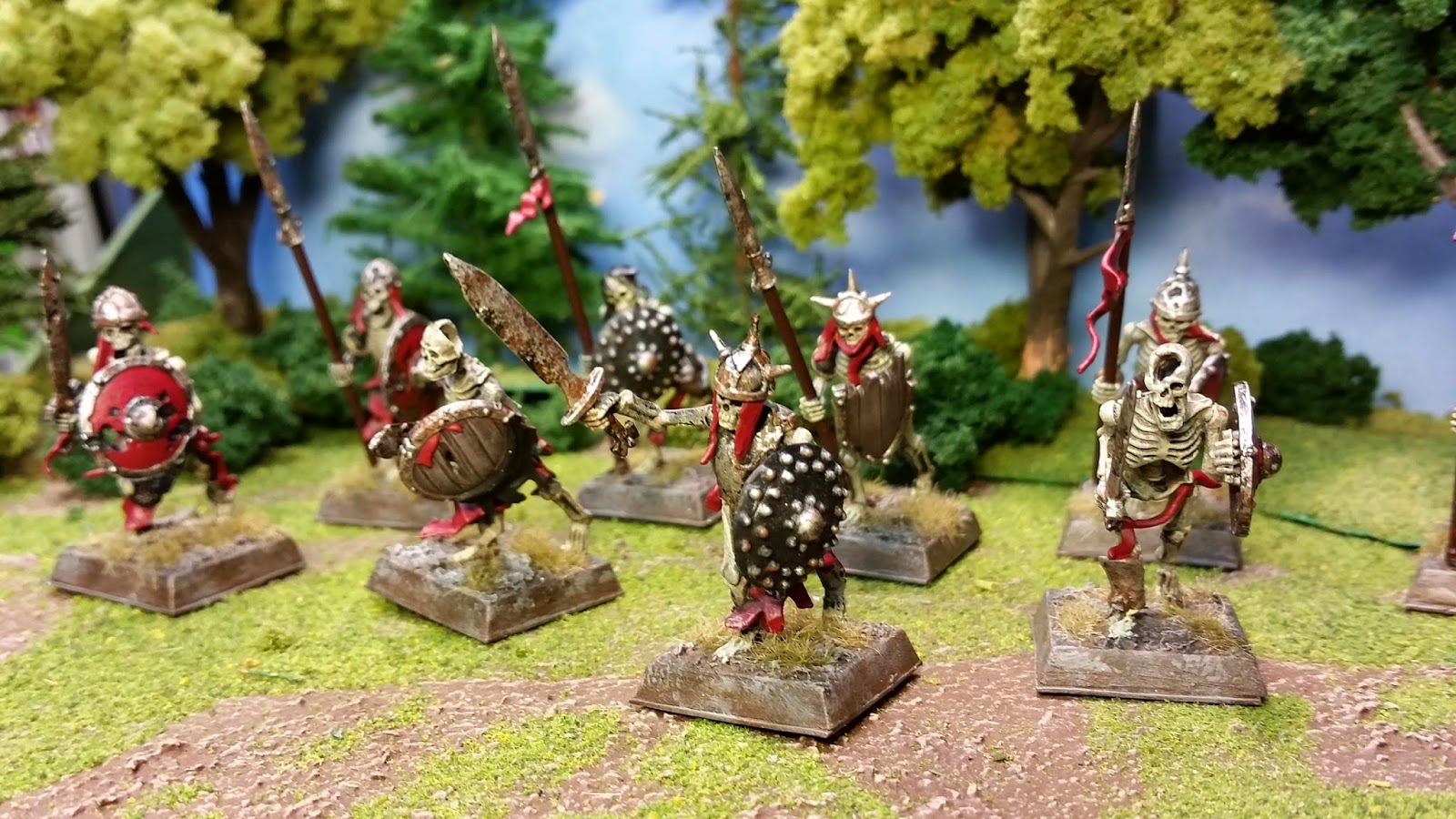 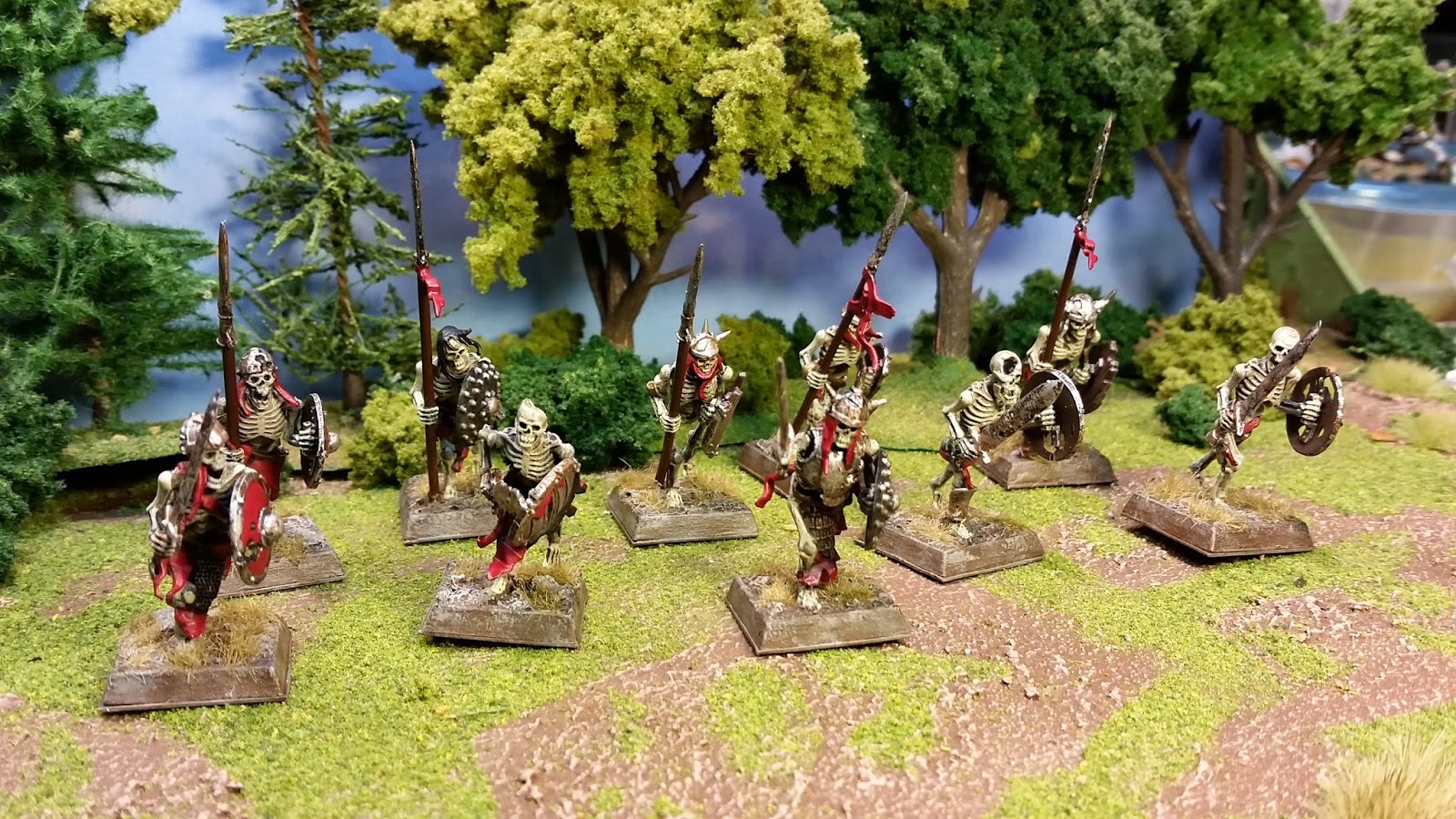 These are GW Vampire Counts Skeletons. I bought them when they first came out, I think 2007. They've sat on my shelf above my painting table since then. Since I am finishing up painting 3 sets of Dwarven Forge Game Tiles I started looking at my lack of dungeon crawl monsters. Once you get them together they paint up easy. Prime black, slather Brown everywhere, drybrush Bleached Bone and most of the figure is done. Paint some rusty armor bits, torn cloths and your good to go. The cool thing about GW sprues is the extra bits you get on the sprues. 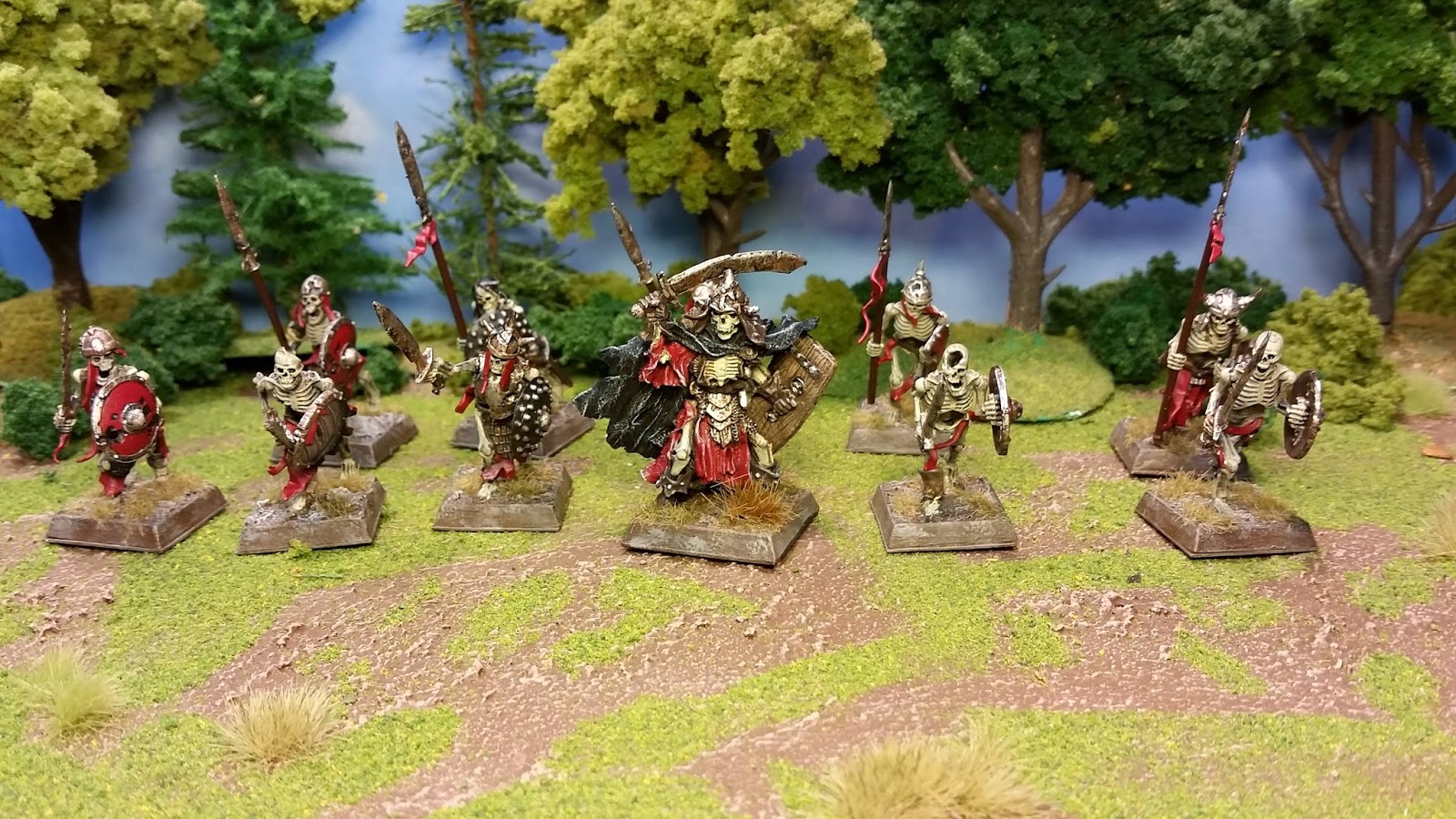 Here is Golgoth and his minions ready to kill careless adventurers.